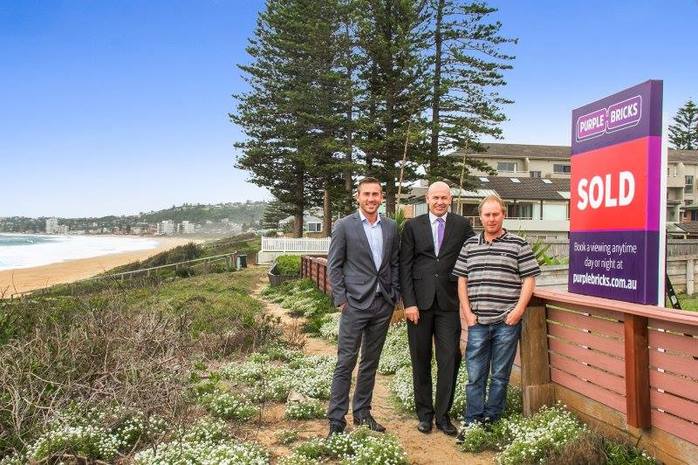 Research by The Australian Financial Review found at least 27 agents had quit Purplebricks Australia since March with overall agent numbers now down to 88 from 105 reported by the company in October when it filed its British interim results.

Purplebricks territory owners (franchisees) and agents, who spoke to the Financial Review, said they were struggling to make a living and were preparing exit paths after the $100,000 to $180,000-a-year salaries they were told they could earn failed to materialise.

Employment contracts seen by the Financial Review show Australian agents earn just over $1000 out of the $5000 to $6000 upfront fee vendors pay when they list with the Purplebricks.

The Australian Financial Review reported that “The concept is brilliant, but the business model is wrong for Australia,” said former Purplebricks Newcastle agent Steve Bashford, who quit in May.

“There is a big difference between what they promised us and what we achieved.”

“There’s no money in it. The business model is flawed,” said a current franchisee.

Purplebricks Australia CEO Ryan Dinsdale told the Financial Review 16 agents had left since March, but said some were still working for franchisees as “sales assistants”. He said more than 80 per cent of agents were earning a “good income”.

“It’s a new model in Australia with a new way of doing things so it won’t suit everyone,”

Mr Dinsdale said. “We are really pleased with how the business in Australia is going.”

He confirmed franchisees and agents sometimes had to contribute to the cost of customer refunds because there was a “shared responsibility to provide exceptional service”.

A former Purplebricks agent told the Financial Review he was expected to list 10 new properties every month and convert 40 per cent of appraisals into instructions.

“The company cares only for listings and is pushing staff to do what they have to [get them],” said the ex-agent.

However, with homes sales slowing and the property market weakening, many Purplebricks agents now have a backlog of listings as unsold properties are carried over from one month to the next.

In an analyst piece in 2016 UBS’s Mark Fielding and Heidi Richardson emphasised how crucial the successful recruitment and retention of local property experts were for the Purplebricks model.

“We see risks in the rapid expansion of PurpleBricks, as the model has proved successful to date, but is untested at a bigger scale. We estimate that a local property expert at PurpleBricks needs to sell three times as many properties as an average estate agent branch sells in order to achieve claimed salary levels, and a typical branch would have at least four employees – suggesting that an LPE could be selling 12 times as many properties as a typical sales agent.”

And this is where the problem starts to get out of hand. In Australia agents are finding it harder to sell property with falling prices and lower volumes. The average value of property transactions in November 2016 – when PurpleBricks was in full flight – was about $1.35 billion a week, according to Domain. But that has fallen to around $500 million per week now.

When selling is harder and agents can’t move a certain amount of stock they end up being barred from taking on more listings under PurpleBricks. That presents a problem for PurpleBricks which gets its payment upfront from listings.

“For us the arithmetic for PurpleBricks still does not add up.

“The model appears to reward listings over sales, but we believe that sales rather than listings will underpin the value of the shares and that costs will need to increase in order to increase sales.”

Earlier this month, WA Today reported that REIWA — WA’s peak real estate body — has called for an investigation into the conduct of competitor Purplebricks after claiming the business “misleads” customers by implying they do all the work of real estate agents, but without commission.

“What we were seeing is that Purplebricks has been advertising for a long time comparing themselves with regular real estate agents … the reality is it is quite different,” he said.

“I think that what’s deceptive about their advertising is that they’re claiming to be proper real estate agents, and that goes to the heart of it.

“They are not acting like a professional agent should be doing in terms of seeing the transaction through to settlement, ensuring they’re getting the best price for their client and ensuring that they are promoting the property.

“Purplebricks are simply not delivering that service. They’re advertising they’re proper agents and they’re doing everything else that a proper agent does. It’s not the same model, it’s as simple as that.

“That’s fine to have different model or methodology – we welcome them in that regard – but not to claim they do the same job as us.”

“I think a real estate sales person should be remunerated upon discharging their responsibility which is to actually facilitate the sale of the property in a professional way,” Mr Groves said.

“If you don’t sell it you shouldn’t get paid. Purplebricks is getting paid whether they sell it or not.”

“We would like Purplebricks to be held to account for the false and misleading advertising campaigns that they have been running on television and other areas. We would like that to cease.”

In its last financial results filed with the regulator PurpleBricks showed it had made a $5.1 million loss in Australia.

The company intends to announce its final results for the year ending April 30 on July 5.

The company is expecting that for the year it will report group revenues around 5 per cent behind consensus of £98 million “with the consequential impact on the operating profit line reflecting the operational gearing in the Company’s business model”.

The company said results from its Australian division “are on track”.

The real estate market can be challenging to navigate, especially the auction circuit. If you are ready to buy or sell a property and are considering either the auction route, sale by set date or traditional private treaty, we urge you to give us a call today.

We would love the opportunity to chat with you for 10-15 minutes to tell you more about our business and what we do. This initial consultation is completely free and comes with no obligation, so pick up the phone today and let’s have a conversation!